The story of the Society for the Mount Isa Memorial Garden Settlement for the Aged began when a Mount Isa pensioner, Mrs Laura Johnson, expressed concern about the lack of a home to care for senior citizens of the city.

She challenged the community of Mount Isa to do something positive for their senior citizens. An appeal was promptly started with an initial $5 donation and a home for the aged in Mount Isa (eventually named after Mrs Laura Johnson) became a reality and a community cause.

In April 1971 a charitable society called The Society for the Mount Isa Memorial Garden Settlement for the Aged was formed. This Society was based on the funds raised by Mrs Laura Johnson and funds from the Pensioners’ League with membership open to all residents of Mount Isa.

A month later the Trades and Labour Council and the Australian Workers’ Union agreed to employers making voluntary pay deductions on behalf of their employees in support of the home. This move, together with the support of Mount Isa Mines Ltd., ensured the establishment of an Aged Care Hostel in Mount Isa would become a reality.

In 2014 Laura Johnson Home moved to a new $18.5 million Residential Care Facility that was built from a grant received from the federal government and money contributed by the Mount Isa Memorial Garden Settlement for the Aged.

Redevelopment of the existing buildings at 3 Lucy Street commenced the same year. Stage 1 saw the Laura Johnson Opportunity Shop move into a refurbished wing of the old High Care and a number of local organisations and businesses have taken up occupancy by renting space within the same wing. The previous Dining Room has been made available to the Mount Isa Pensioners Association as there new meeting Hall and is used by the Mount Isa Quilters Group on a weekly basis. The Society is very pleased to have these two groups using these facilities.

Stage 2 will commence in June 2015 with previous low care wings being redeveloped into 12 – 1,2 & 3 bedroom apartments to provide affordable accommodation for Laura Johnson Aged Care Home staff and other Not-for-Profit organisations with community. It is hoped that this Stage is completed within the first quarter of 2016.

This plan is to purposely have incentives to attract and retain professional staff to Mount Isa and the North West.

The Boards Strategic Plan is to then look to developing a Respite Centre for all ages in the western wing of the old high care and further development of Independent Retirement Villas in the prescient. 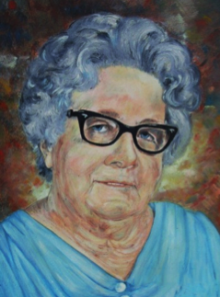 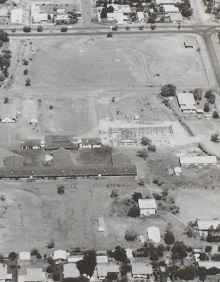